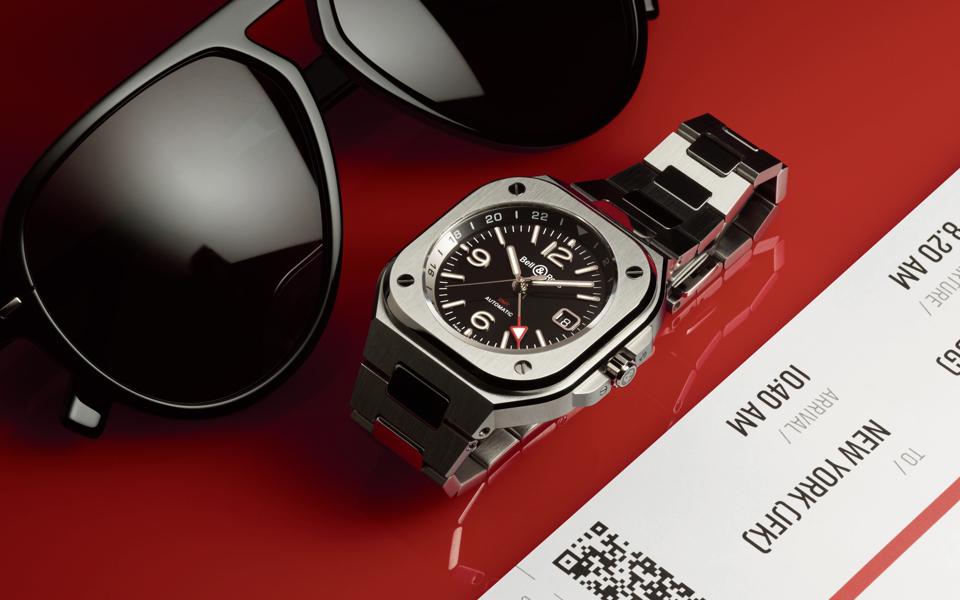 Watches to satisfy the watchmaking nerds in your life

With seemingly hard and fast automotive connections like Hublot x Ferrari and Breitling x Bentley dropping out of the race, you wonder who would bravely venture onto such a notoriously fickle stage. But the coming together of Aston Martin and Girard-Perregaux looks like something that moves away from the simple engineering of badges – as evidenced by their first limited edition for the general public, a magnificent Laureato chronograph composed of Aston Martin Green (14,000 Â£). With the exception of an engraving on the back of the case, it lacks an Aston badge entirely, unless (and this is where the satisfying “if you know, you know” connections come in) the origins of the hatchings. laser-etched crisscrosses of its dial look familiar … Before the beetle – beetle wings began to adorn the cowls of what would become 007’s wheels of choice, Aston Martin merged its own initials to form its logo, in s ‘building on the grille design characteristic of its cars. It takes a brand like Girard-Perregaux, with a similar connoisseur philosophy, to make it work.

â€œAs watchmakers,â€ enthuses Yoshiaki Hayashi, who chairs Grand Seiko’s elite facility in northern Japan, â€œwe have been blessed by the rich natural environment that surrounds us. The forest meets the desolate season of winter, [and] then comes back to life when the flowers bloom, and a world of fresh green appears and takes on a deeper hue. Not only does Grand Seiko channel its surroundings with deliberate poetry – the powdery texture of the “Snowflake” dial shown here echoing the slopes of the slopes of the Shiojiri mountains – but the technology beneath the dial does, too. Launched in 2005, Seiko’s revolutionary, electromechanical â€œSpring Driveâ€ uses wrist movement and stored kinetic energy to power, with almost infallible precision, analog hands that glide silently and smoothly across the dial.

The Parisian brand of monochromatic and cool aviators, Bell & Ross launched a bomb in 2007: the BR 01 â€œInstrumentâ€, so named for its uncompromising allusion to the display of the cockpit of fighter planes. Immediately adopted by pilots and hipsters, its bold geometry became a sub-brand in itself, never compromising the Swiss-made and professional quality of the watchmaker. And so, here we are, with a natural evolution that is in line with the recent sporting revival of the integrated bracelet of the 70s: the ‘BR 05’. A more urban and stylistically versatile take on ‘Instrument’, still in brutalist formation and now – just in time for our skies to open again – in ‘GMT’ (Â£ 4,500) form. In other words, a 24-hour fourth hand keeping an eye on the time of your return home, bringing a pretty scarlet sparkle to coordinate with your carry-on.

As distinctively English weather hammered the roof of the National Maritime Museum in Greenwich on October 20, a once-typical English contraption made a long-awaited return to the watchmaking scene – unveiled by brothers Nick and Giles English (no, really). This has been looming for almost 15 years, but with the ribbon cut on their Bremont-branded Â£ 20million factory-
cum-HQ, â€œThe Wingâ€, they wasted no time working with Swiss partners to secure the rights to manufacture a truly â€œin-houseâ€ movement, most of which (baseplates, bridges, more to come) is crafted with precision from the raw metal, before everything is assembled on site by their watchmakers to â€œchronometerâ€ precision. The first house of the caliber “ENG300” was also unveiled that evening: the beautiful limited edition “Longitude” (from Â£ 14,995), containing a brass ring of the prime meridian embedded in the paving stones of the Observatory, at the top of the NMM hill.

While on vacation in the Andaman Sea in Thailand, you might hear about the nomadic sailors of the region, the Moken. In the past, they were fishermen, before overfishing and pollution robbed them of their livelihood, but not necessarily for good. The latest addition to Christopher Ward’s C60 Trident range – the ‘C60 #tide’ (Â£ 895) – is much more than a true 600-meter bathyscaphe from a diver’s watch. This is a collaboration between the affordable English watch brand and a Swiss company quite different from its usual mechanical suppliers. #tide is an initiative helping to shed light on plastic waste, making Christopher Ward the last watchmaker to engage on this issue, after Blancpain, Breitling, Omega, Oris and many others. Its canvas-like recycled polymer makes ocean wrecks and jetsam tough enough for the day-to-day work of a watch band, plus Â£ 5 goes to the Blue Marine Foundation with every sale.