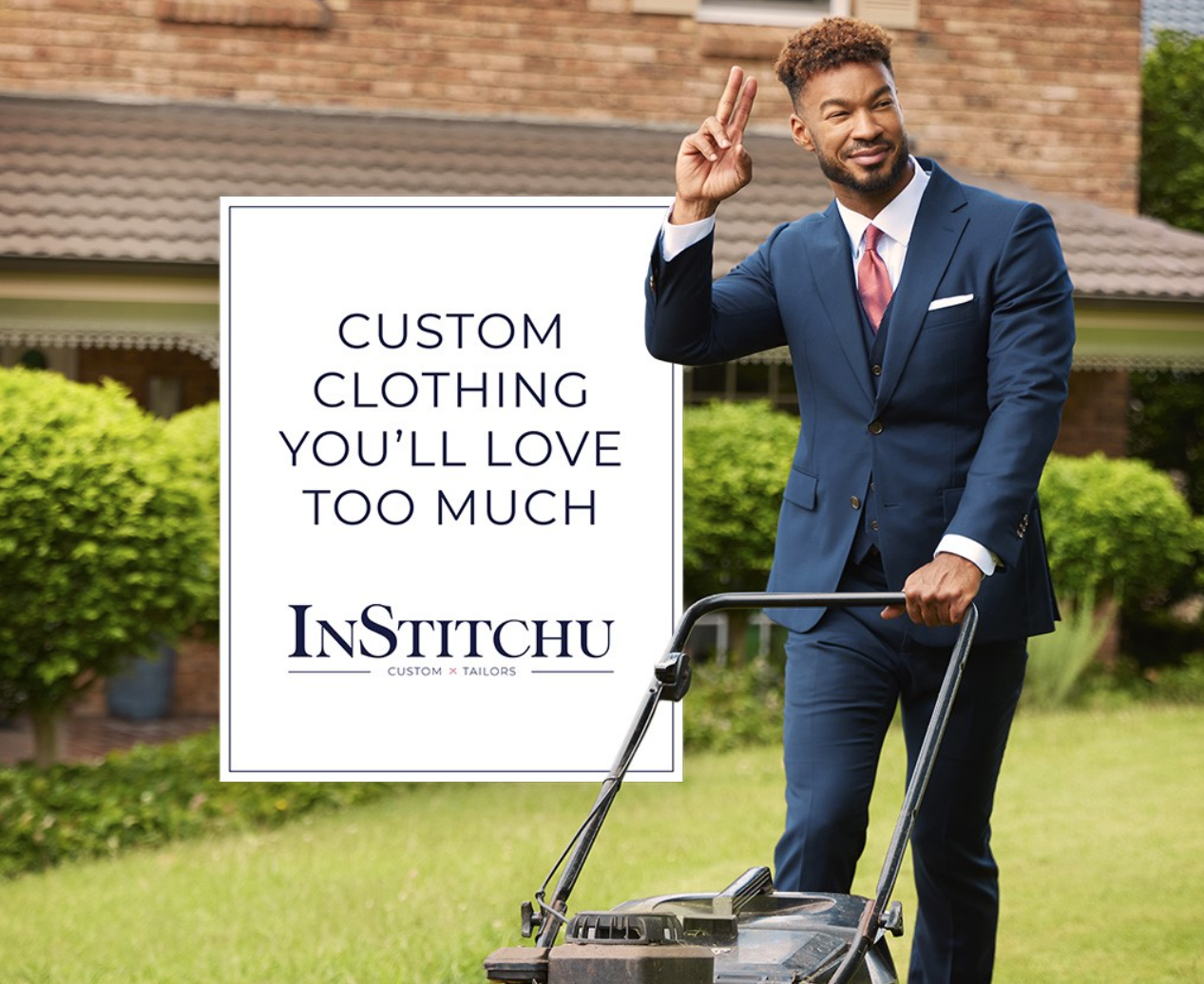 InStitchu has launched its first campaign via independent agency Pinstripe Media celebrating its custom clothing you’ll just love too much to take off.

The company, which recently closed an investment with Seven West Media, launched its TVC campaign during the broadcast of the Winter Olympics, followed by out-of-home and digital placements.

The design focuses on InStitchu customers who love their clothes so much they can’t bear to take them off, even when they go for a morning surf or jog, mow the lawn or even pick up the trash.

Pinstripe Media Managing Director AJ Koch said, “We loved curating this campaign in a way that reflects who InStitchu is as a brand.

“They’ve built an incredible company by taking the best bits of classic couture and giving them an innovative, new-age twist. They do things their way, and they do it with personality, so we had to capture that spirit.”

Head of Art, Brad Taylor said, “The beauty of this creation is in its simplicity. He has a little fun but does it in style.

“The idea of ​​’custom clothes you’ll love too’ captures that feeling everyone gets when you know you look good, and you can’t help but be a little obsessed with your outfit.”

The five designer handbags everyone wore at London Fashion Week