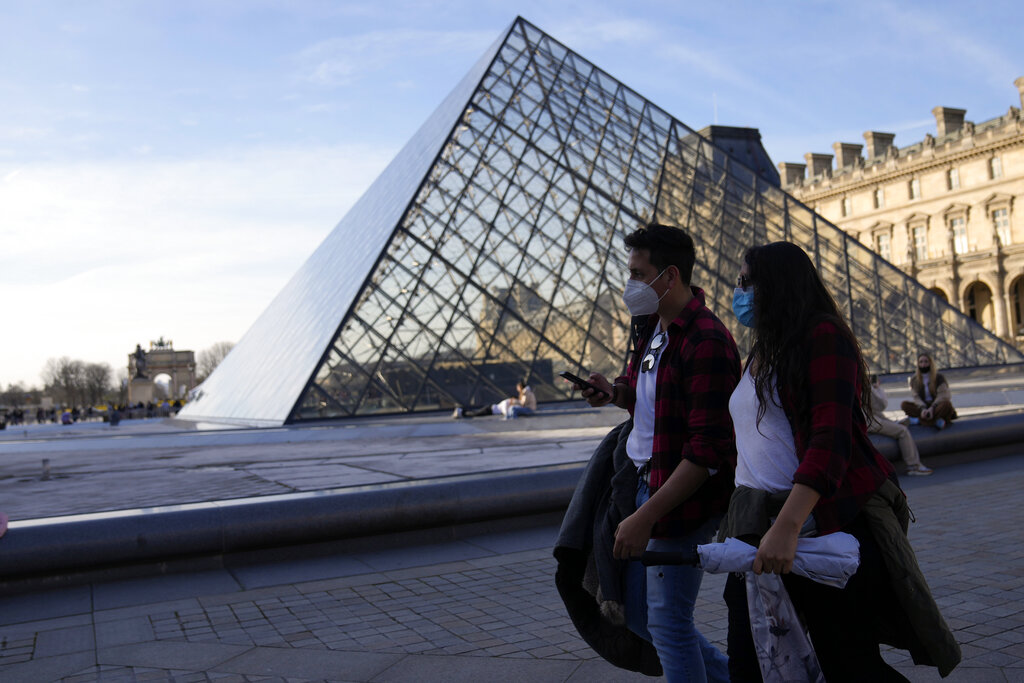 To get Morning Links delivered to your inbox every weekday, sign up for our Breakfast with ARTnews newsletter.

THE ROARING TWENTIES. The global art market rebounded to pre-pandemic levels in 2021, according to a report by Art Basel and UBS, recording sales of $65.1 billion. That’s a $15 billion jump from 2020, which saw global pandemic shutter galleries and scuttling auctions. Angelique Villa has details of the results. The United States remains the largest business hub, accounting for 43% of the field, more than double China, which takes second place, at 20%. In third place is the United Kingdom, with 17%. The economist behind the study, Claire McAndrewsaid in a statement that the “increasing wealth” of wealthy types “has helped sustain demand at the high end of the market.”

THE WAR IN UKRAINE. Last week the Arkhip Kuindzhi Art Museum in Mariupol was destroyed, and the condition of its collection is not known, according to a BNC News story that asks, “Is Russia intentionally targeting Ukraine’s cultural landmarks?” Since the beginning of the Russian invasion last month, at least 39 monuments in the country have been damaged, according to the Center for Transatlantic Dialogue, a non-profit organization from Kyiv. Russian Foreign Minister, Sergei Lavrov , said that “we treat the Ukrainian people, their language and their traditions with unwavering respect”. Meanwhile, in Moscow, Russia has seized Swiss-made products Audemars Piguet watches, alleging customs offences, Bloomberg reports. In a memo, Swiss officials called the move “probably an arbitrary repressive measure in response” to sanctions imposed on the country by Switzerland.

Speaking of state of the art reports, the art diary published the 2021 edition of its annual visitor barometer, and the louver took his usual place at the top. It attracted around 2.83 million visitors, followed by the State Russian Museum in St. Petersburg with 2.26 million. The number at the Parisian museum is still “well below its pre-pandemic levels”, according to the newspaper. [The Art Newspaper]

Lunar dust collected by an astronaut Neil Armstrong on the Apollo 11 mission in 1969 – and later sold at auction by the U.S. Marshals Service (a long and not uninteresting story) – will be offered to Bonham on April 13 in New York with a high estimate of $1.2 million. [Penta/Barron’s]

A Piet Mondrian show the Kunstmuseum Den Haag in the Netherlands raises a toast to the 150th anniversary of the artist’s birth. While some may regard Mondrian as a monastic figure, he was “fairly aware of the latest trends in painting and the trendiest music of the moment”, a co-curator of the exhibition, Benno Templenoted. [The Wall Street Journal]

the Colby College Art Museum in Waterville, Maine, has added a spectacularly colored collection to its collection Faith Ringgold quilt from 2000 that features slaves fleeing captivity through a dense forest. He is intitulated Coming to Jones Road #4: Under blood red skies. [Hyperallergic]

the Onion ran an article from the art world which we won’t spoil here. [The Onion/Instagram]

THE GAME’S RULES. What is the artist Nari district do you like to change in the field of art? Braked asked in a 21-question interview, and he replied, “Collectors have too much power. There should be another way for museums to get funding or work without having to fuck collectors’ ass. Ward, who is opening a show at Lehmann Maupin in New York next month, also revealed her first rent in New York City ($350) and her go-to restaurant, which looks extremely delicious. [Curbed]