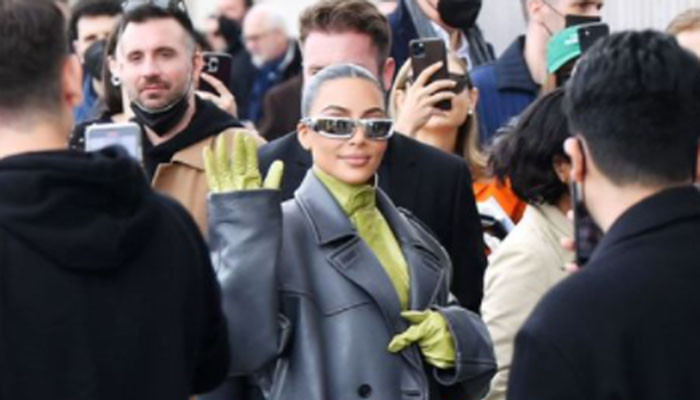 MILAN: Italian fashion label Prada offered sheer vest-like dresses and embellished coats for women’s wardrobes next winter at its fashion show in Milan on Thursday, showcasing a collection its designers described as looking at “women’s history”.

With a front row that included reality TV star Kim Kardashian watching her sister Kendall Jenner on the catwalk, the show presentation took place on the second day of Milan Fashion Week, which mostly hosts in-person shows – rather than digital presentations – this season.

Designers Miuccia Prada and Raf Simons said they continued a theme of stripping down looks from previous collections for the Fall/Winter 2022 line, called “An Ideology of Prada”.

These included white tank tops worn with two-tone skirts and see-through sheer dresses. Tailored blazers had broad shoulders while coats featured rounded necklines. Some coats had chains on the neck or feathers on the sleeves.

“Valuing history means we value the history of Prada — I’m thinking of groundbreaking moments in Prada’s history, and we echo them here,” Simons said.

“There are never direct recreations, but there is a reflection of something you know, a language of Prada. And those moments helped define our idea of ​​beauty today, which we are in the process of to redefine.”

Veteran designer Giorgio Armani returned to the catwalk to showcase his latest Emporio Armani line, after canceling his menswear and couture shows in January due to a spike in COVID-19 infections in Europe. (Reuters)

Do you want to create a clothing brand? Do it yourself, says a Utah-based fashion designer

Watches made by Bolton will now be on sale in Australia