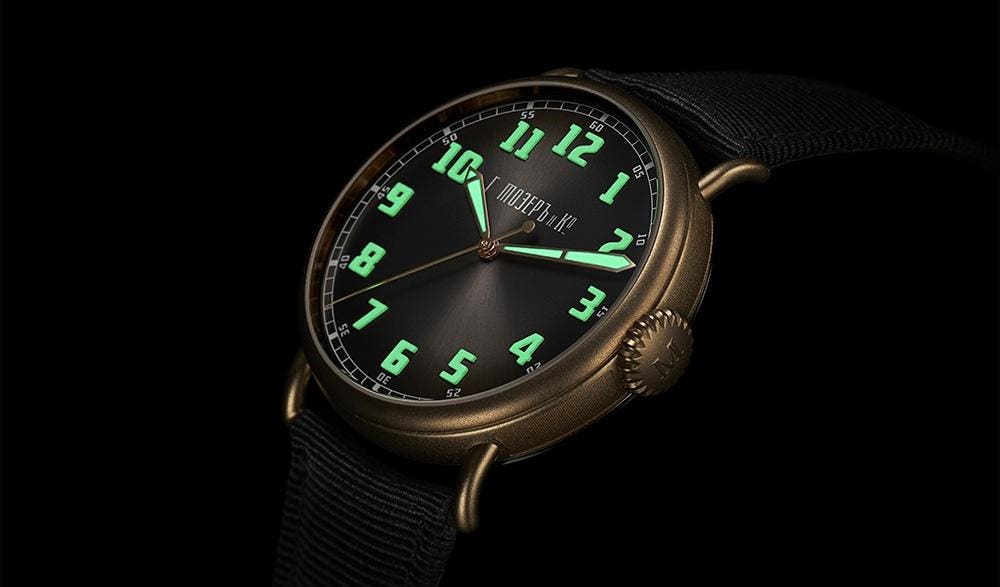 Dubai Watch Week, where some of the world’s most intense watch collectors gather in November, is a venue for the launch of spectacular limited editions, many of which are sold in six figures. Anything below that is considered affordable by UAE standards. With that in mind, here are five excellent and, relatively speaking, affordable watches presented at DWW.

H. Moser & Cie has never been concerned with ensuring that their logo can be read by everyone. Many of its most popular models do not have the name on the dial; others present it in a barely readable “invisible” format. On the Bronze Heritage “Since 1828” the name Moser appears cryptically in Cyrillic to honor the company’s history as a supplier to Tsar Nicholas I and the Russian military. The case is bronze and the smoky black dial shines with luminous Arabic numerals. $ 19,700

Reservoir exploits the rich connection between watches and automobiles with the Kanister collection, inspired by the elements of the dashboard of the legendary 356 Speedster car from the 1950s. The watch is powered by two notable complications in a module built on an ETA 2824-2 movement: a retrograde minute, graduated along the upper dial in a design reminiscent of the car’s RPM meters; and a jumping hour indicator at the 6 o’clock position. $ 4,350

The main feature of Chronoswiss Open Gear ReSec Jungle is the guilloche dial, with a wavy pattern inspired by the jungle palm leaf canopy. The color varies between racing green, silvery blue and dark black, depending on the angle of the light, an effect created by chemical vapor deposition. The gears and wheels of the movement are visible on the dial, which indicates the time via retrograde minutes and seconds, as well as the hours at 12 o’clock. $ 9,700

the Girard Perregaux Winner, a sought-after and affordable alternative to these two other iconic steel sports watches – Patek Phillipe Nautilus and Audemars Piguet Royal Oak – sparkles here with a shiny green grand feu enamel dial on a guilloche sunray motif. (There is also a blue option). the Eternity 42mm retains the faceted bezel (8 sides compared to 14 for the original) and the cushion case from the 1969 original. 13,460 CHF (approx. 14,650 $)

the Ressence Type 1 Slim DX2 limited edition was one of the successes of Dubai Watch Week, designed to celebrate the 50e United Arab Emirates birthday. The sharp-angled pattern of the dial is inspired by geometric Arabic patterns. The nine components that make up the mosaic pattern on the dial, in German silver, are finished in sand-colored PVD (physical vapor deposition). The case is made of titanium. 22,500 CHF (approximately $ 24,000)