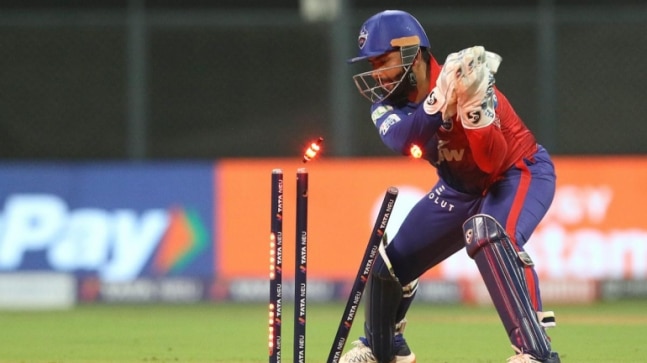 Expensive watches at a reasonable price: how Rishabh Pant was scammed by cricketer Haryana Mrinank Singh

India’s star wicketkeeper Rishabh Pant has been cheated by Haryana cricketer Mrinank Singh. Pant was duped for Rs 1.63 crore (principal amount) by Mrinank, who offered to buy him expensive watches at a “reasonable rate”. Additionally, he took luxury items including jewelry and did not return the items or the money to the Delhi Capitals (DC) skipper.

Mrinank is currently being held at Arthur Road Jail in Mumbai after he was arrested by Juhu police for cheating on a businessman in the city. While the issue has come to the fore recently, the check Singh gave to Pant was dishonored a few months ago. In an exclusive interview with Sports Tak, Pant’s lawyer Eklavya Dwivedi explained the timeline of events.

“This is basically a case under the Negotiable Instruments Act where the check issued by the defendant Mr Mrinank Singh was dishonored for insufficient funds. To pick up a bit of history, how these two met, how it actually happened and why this check was issued in 2020 or 2021. Mr. Mrinank Singh, who was known to my client Rishabh Pant through to their commonalities with cricket. They met somewhere in the zonal cricket academy camp,” Dwivedi said.

“So in 2021, Mr. Mrinank Singh falsely told my client that he had just started a new business specializing in luxury items and he could get the same items at a very reasonable cost. Therefore, on this proposal, he transferred a large account to Mr. Mrinank Singh and also parted with some luxury items, jewelry, etc. which were also for relatively high amounts, anticipating that the accused Mrinank Singh could resell the same and give him huge profits for it.

“After some time when he couldn’t get these items, we gave him legal notice and a mutual settlement arrived at Rs 1.63 crore for which Mr. Mrinank Singh issues a check to us. Now once we presented this check to the banking authorities we received a return note stating that there was a dishonor on the check and it bounced due to insufficient funds “, he explained.

Apart from the principal amount of Rs 1.63 crore, Dwivedi said with interest it stands between Rs 1.8 and 1.9 crore as the check bounced in February 2021. The 33-year-old, who has been part of three Indian Premier League (IPL) franchises, eagerly awaits the next date when the defendants will attend virtually.

“He was not present in the last listing of our case before the investigating judge. So, the magistrate issued directives to the SHO there (police authorities) to virtually connect him to the next court date, which is July 19. He will be present that day and his statement will be recorded. We have also filed a claim under Section 143A for interim compensation. This will also be taken up and arguments will be heard on this,” Dwivedi concluded.