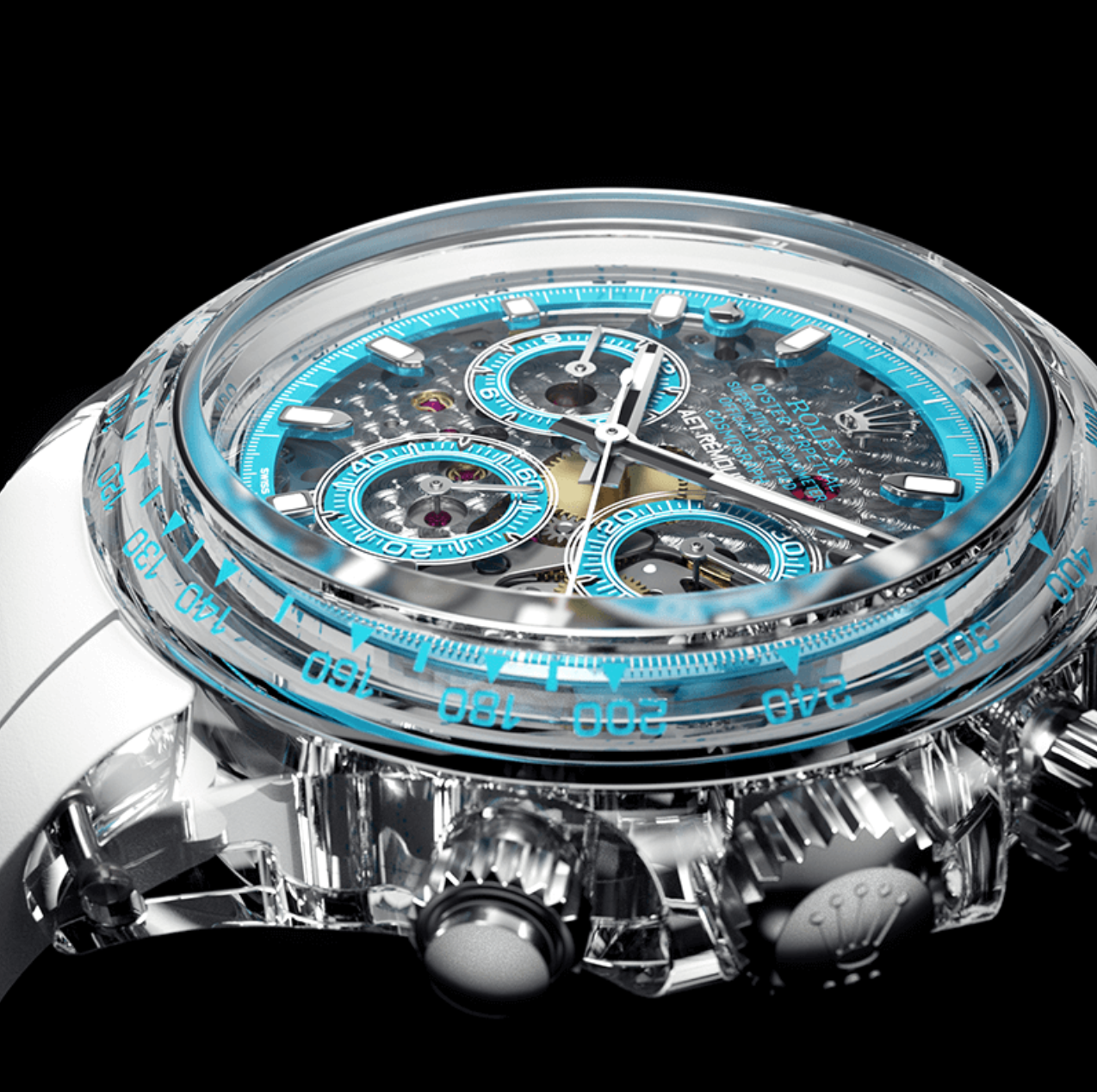 SAN FRANCISCO, Calif./ACCESSWIRE/June 9, 2022/ Using innovative materials such as sapphire crystal, German brand AET Remould focuses on modifying luxury watches, producing unique timepieces in limited numbers. After five years of research and development in the application of sapphire, AET has continuously pushed the boundaries of watchmaking to explore the limits of watches. One of the hardest materials in the world, sapphire can be complex and unpredictable to work with, proving to be a challenge for even some of the most skilled technicians. Yet with immense focus and a clear vision for the future, AET Remould has succeeded in creating entire watch cases in pure sapphire crystal transforming coveted watch models into new works of art for the wrist.

One of the watch models that AET Remould has made several changes to is the Cosmograph Daytona. First introduced in 1963, its design is intended to meet the demands of professional racing drivers designed for the high performance world of motorsport. The AET Remould Country Collection features three models, each named after world famous countries – Colombia, Argentina and Mexico – with defining elements of the country embodied in its design. Among the most spectacular designs, the Colombia edition has integrated into its design the Andean condor, considered the national bird by Colombia, representing holiness and majesty. On the dial of the watch, we find illustrated next to the head of the Andean condor, three other representative elements of Colombia: the sun which watches over its citizens, the leaves of the palm tree which the Andean condor guards and geographically the union of the five rivers illustrated by the color blue. A true work of art, the only question left is whether this clock belongs on your wrist or on display.

Continuing with the Graffiti collection, distinctive design themes include Abu Dhabi Sapphire, Joy’s Christmas and the Spread. Abu Dhabi Sapphire can express two moods, the first being the calm of a clear blue sky and the second being the transposition of the wearer behind the wheel of a racing car on one of the most famous F1 circuits in the world, Yas Abu Dhabi Marina. Circuit – it all depends on the perspective. But what AET Remould wanted to express by using the color that best describes speed, Abu Dhabi Blue, is the adrenaline rush you get behind the wheel of a car speeding around the circuit at high speed. .

The piece de resistance of the Cosmograph Daytona modifications is Loong, launched in 2022 with a release edition of only 3 pieces. During the modification process, sapphire was used to give a more intricate look to the watch dials. This time, the artisans of AET Remould have also focused on the watch strap, offering an innovation in the world of watch modding, made like the majority of the watch elements from pure sapphires. In terms of design, the whole idea of ​​the watch is based on the loong, as the most special fetish in oriental culture. Loong represents respect, righteousness and nobility having strong influences on Eastern civilization. After Loong’s three-dimensional realization in 18k white gold, it is illustrated surrounding the entire dial conveying the central theme, with an eye ruby ​​giving a dazzling image of rare beauty, the use of emerald on the bezel and hour markers completing the entire image.

Save big on handbags, sandals and clothing