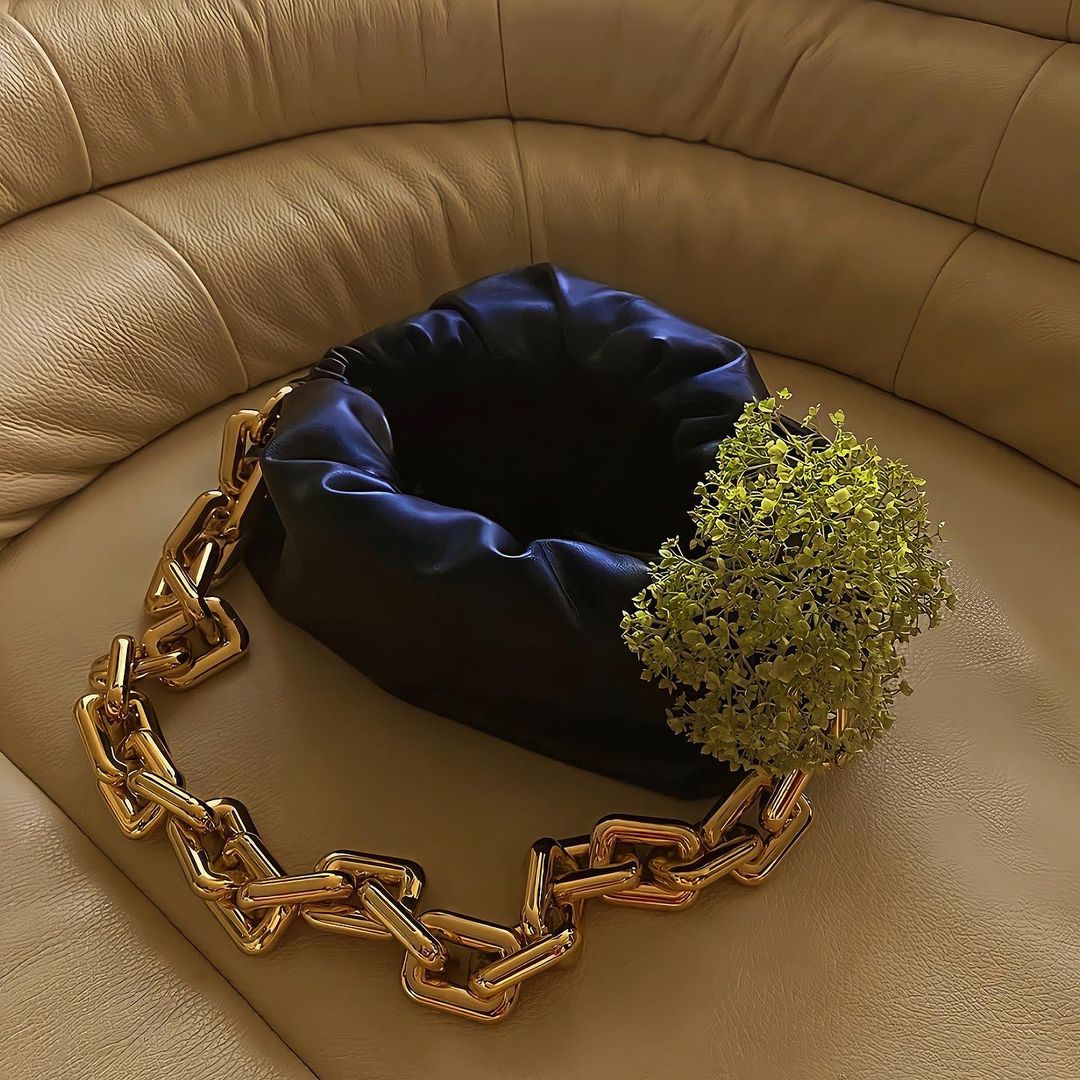 10 classic designer handbags that have stood the test of time

While countless trends have followed one another in the dynamic fashion industry, some designer handbags have maintained their desirable reputations over the decades. Their value is usually heightened by influential celebrity associations, timeless designs, and cutting-edge reimaginations that match contemporary needs.

Many of the following classics are limited editions, avoid advertising to maintain exclusivity, and many are a good investment. As coveted as they once were, here are a few handbags that will never go out of style.

The House of Chanel has always defined grandeur and allure at its best with founder Coco Chanel leaving her haute couture heritage as an endless benchmark for style. Named after the month and year of its creation (February 1955), the Chanel 2.55 flap bag was launched by Gabrielle ‘Coco’ Chanel herself, who started a handbag revolution that ultimately enabled women to carry their glamorous storage units hands-free.

This timeless piece was crafted in quilted leather inspired by jockeys’ quilted riding jackets, a distinctive padlock and iconic chain strap. The Classic Flap with the iconic CC logo replacing the rectangular lock of the old one was first recreated by Karl Lagerfeld when he took charge of creation in 1983 and has since become another staple of the house.

In February 2005, Chanel reissued the classic version from 1995 to commemorate the 50th anniversary of the original.

This designer handbag was first introduced in the 1950s under the name Constance. In the 60s, this distinctive curved half-moon hobo bag was highly regarded by First Lady Jackie Kennedy Onassis and she also used it to protect herself from the paparazzi. Just as famous photographs of her wearing this loose Gucci asset began to circulate in the press, the bag’s popularity catapulted into a whole new dimension.

It was officially renamed in her honor in 1961 and quickly became a staple in 1970s fashion, but moved away from the Gucci collections of the 1980s. The bag saw a revival under creative directors Tom Ford in 1999 and Frida Giannini, in 2009. For Fall / Winter 2020, Alessandro Michele has revisited the design and makes it available in different colors and sizes.

Recently, the world has seen celebrities like Harry Styles and Kaia Gerber wearing the various models of the Jackie bag.

This one was a staple in the late 1990s and early 2000s. Spotted on athletic fashionistas, the classic silhouette added an athleisure vibe, which wasn’t even a thing yet, to every ensemble.

Launched in 1984 by Miuccia Prada, this icon paved the way for Prada’s use of heavy-duty nylon, also used in army tents, in its accessories. While high-end handbags focused on elegance, this cult item was more of an effortless casual look and was also found worn by many ’90s models. Even today, it is loved for its look. highly functional interior and its design suitable for work. And, that’s Kourtney Kardashian approved. Do we need to say more?

This totally corresponds to a nearby aesthetic brunch. If there was one bag Carrie Bradshaw was more loyal to, it was the cute Fendi Baguette. In an episode of the show Sex and the city, as Bradshaw is robbed, she indignantly informs the assailant that her purple sequined Fendi isn’t just a bag, “It’s a Wand.”

A compact and stylish bag, easily recognizable by its iconic design, curved shoulder straps and brand logo, debuted in 1997. Designed by Silvia Venturini Fendi, this bag got its unconventional name by being the perfect size for s ‘fit perfectly under the arm, just like the long thin French bread baguette. This elegantly minimal model bolstered Fendi’s reputation from a simple lavish designer to a commercial genius releasing more than 1,000 versions of the bag.

Since its inception in the 1930s, the Louis Vuitton monogram print bag has redefined everyday style with great elegance and comfort. Once touted by fashion icon Aubrey Hepburn, the Speedy 25 quickly gained iconic status. First launched as a similarly shaped but larger Keepall in respective sizes of 30cm, 35cm, and 40cm, LV quickly introduced a compact version suited to Hepburn’s preferences and growing demand from consumers.

Aptly named after its sleek portable nature, its popularity has never declined since the 1950s. While the classic Speedy seems irreplaceable even today, the signature model is now available in a wide variety of sizes, from materials and colors.

Birkin’s defining moment in pop culture came with an appearance in Sex and the city (2001). Since then, the bags have dominated fashion magazines and graced the arms of Victoria Beckham, Lindsey Lohan and Melania Trump.

This status symbol was inspired and created for an Anglo-French model, singer and actress Jane Birkin in the 1980s. It all started in 1981 when she had the chance to share a flight with the CEO of HermÃ¨s, Jean-Louis Dumas. Noticing her struggle and frustration at not being able to fit all of his things in one bag, he set out to design the perfect tote bag. Three years later, Birkin, the bag, arrived.

Since its launch in 1984, prices have increased by 14.2 percent per year on average. This bag is said to be a better investment than stocks or gold. Its production is also tightly controlled to add an item not found to an already limited edition. With a collection available in different leathers, sizes and colors, the fashion elite is a must-have due to its top flap over the buckle buckles. Each part is also delivered with its specific numerical code locks and keys.

An instant favorite of one of the most photographed women in the world, this one takes the # 1 spot as one of the most recognized Dior bag designs. Gifted to Princess Diana in 1955 by the First Lady of France Bernadette Chirac, a signature â€œCannageâ€ pattern stitched in diamonds constitutes the identity of this timeless product. It is said to be inspired by the caning of Napoleon III chairs that guests used to sit on during Dior haute couture fashion shows.

This classic in plush quilted leather with complementary metal alphabet charms in a rich gold tone became an instant hit. Originally presented as “Chouchou”, which means favorite in French, it was renamed Lady Dior in honor of the Princess of Wales and remains one of the brand’s most coveted pieces. Many reinterpretations were introduced in an array of sizes, colors, materials and one of them even evolved into an art project.

Pliage in French means “to fold,” which is in line with the trapezoidal, envelope-shaped shape of the bag. Inspired by the Japanese art of origami, this light and resistant tote was designed by the son of Longchamp’s founder, Philippe Cassegrain. It’s available in a range of reimagined prints and colors in over 150 varieties.

The original 1993 foldable design featured Russian leather handles, a nylon canvas body, and an embroidered signature logo of a jockey on a horse that represented the much revered Bois de Boulogne racecourse in Paris. Offering customization options, the brand has sold over 32 million pieces in over 1,000 stores to date. While many high-profile women like Kate Middleton, Miley Cyrus, and Alexa Chung have been seen wearing Le Pliage, the tote is intended for unisex consumption.

Launched in 2001, this collector’s item quickly became a hit as it attracted many â€œItâ€ girls of the decade. The motorcycle jacket-inspired style with its zippered details and studs was born in the hands of then-creative director Nicolas GhesquiÃ¨re, and originally executives didn’t think it would work. Their opinion changed when model Kate Moss asked GhesquiÃ¨re for one after a show.

A unique feature of this model like no other Balenciaga number is the absence of a brand logo and yet it is instantly recognizable. The brand’s other co-products have the logo in bold in the front and in the center.

The clutch was one of the most-spotted designer handbags at Fashion Weeks 2020 in New York and Copenhagen. The Soft Dumpling Butter Pouch is available in plain leather and is very popular in its tan and bold color ranges. The high quality leather features high fashion folding detail, a beautiful shine and is satin and soft to the touch.

Since British designer Daniel Lee took over this Italian heritage house as creative director, he has delivered everything exceptional. And when he relaunched this clutch design, it only took a few moments to get all the rage on Instagram. Model Rosie Huntington-Whitley and actress Salma Hayek were seen showing off this It bag.

I can’t be caught wearing jewelry that I sell- Donye Ayodele,